In my early years, Pac Bell was the only game in town. From our central offices the entire town’s conversations could be monitored at will. One man with all his fingers on all the strings so to speak, was the big Kahuna of inside men, the chief desk man. I first learned of this wondrous person as a first year installer. After completing a work order for a small apartment, Chet, my desk man, made the phone ring in that old ditty “shave and a hair cut, two bits.”

It started a little secret between us as the years went by. If he heard of any supervisors in the field looking to pop me for any reason he would give me the special ring to notify me on the sly. It also put me over with many a gal while on an install. As the last part of the ditty would end I would always do a little dance at the end of the ring and say, “Ta-da, you’re all set.” Girls like that silly crap. I worked in the field for two years before I even met Chet face to face. One day he told me to come into the central office on Melrose for an emergency job. He told me to haul ass; it was a top secret rush order only I could complete. Swelled with pride at my new found trust and admiration for my phone working skills I hauled ass for the C.O. On arrival I’m buzzed inside through the steel security doors and follow the directions given me to find the chief deskman’s station. I finally meet Chet. He was a stocky man with thick glasses who was busily talking a half dozen repairmen through some cable problems. Noticing me, he swung around for one second, looked me up and down, then said a fast, “You look like you can handle it. Take a box of quad wire up to the roof and toss it down to my assistant.” I look over to a man he nodded to and rushed out to my truck. After buzzed back in I found my way to the roof, looked down, spotted his assistant three floors down and let the box fly, after tying off the wire to a vent as instructed prior to hitting the roof.

Getting a wave from the man below I head back to Chet’s station. He’s nowhere to be found. Another man is working his spot. I’m told to look for him in the break room by another man. Finding the break room I come upon Chet hooking up my quad wire to a small TV set so he could get better reception for a football game. Once I spent four days inside the mainframes being taught a lesson. When you screwed up in the field, you were sometimes sent inside to work, until the dust had settled. You had to work at the Central Office – on the mainframe. That’s where you learned to fear Chet. Chet made you run wires, cable, then pull them back out again. You had to work like a dog. You didn’t get to see chicks. You didn’t get to see movies. You didn’t get to goof off at all when you were stuck in the mainframe. And Chet was always watching you.

Now Chet, great guy that he was, only worked an eight hour shift. After Chet’s shift, we would get his replacement, let’s just call him Stuart. Stuart’s shift started at 3:00 p.m. Stuart was the kind of guy who could eat a handful of peyote, and you wouldn’t notice he was acting any different. Coupled with his bizarre drug uses, he had a really weird, warped sense of humor. Throughout the entire mainframe building was an announce intercom system. After the last supervisors left the building, after 5:00 p.m., the things Stuart would put over that intercom system would be very bizarre or, at the least, sick or twisted.

Say it’s 11:00 at night, and you’re working eleven feet off the floor on a ladder, surrounded by whirring and clicking relays. These ladders were made out of wood. At the bottom of the ladders were mounted two sideways wheels, so you could move the ladder sideways, sometimes the length of a football field. Suddenly, over the intercom system, would come a personal conversation discovered and patched in by Stuart. The paging system was so loud, you couldn’t escape it if you wanted to. It even boomed through the walls, into your bathroom stall.

Stuart had all the sheriffs’ hot line numbers pegged. Not just the sheriffs. Any hotline, calling for emergency help could be heard. Stuart’s favorite calls? Women on the line, while being beaten to death by drunken husbands. Such as, you might have just heard an announcement about some special orders coming through in a standard company recorded message. Suddenly the intercom speaker would crackle and the next thing you would hear would be a woman’s terrified voice over the loudspeaker, “I locked the door, he’s banging it down, ooooooh, he’s coming through the door!” Then a deep male, angry voice, shouting in the background, “Fucking bitch!” Then a loud scream as the speaker would go dead.

Or, after the squawk of the speaker, you’d hear an effeminate man’s voice, “I’m true to you; I never saw Fred. I’m true to you.” Pretty soon you realize you are listening to two gay guys arguing. Perched on a tall ladder, some of these conversations became your only contact to the outside world. As the conversation continues, “I’m telling you, I love you and only you; I’d never cheat on you. It’s you and you and me forever. When you put that ring on my finger, I told you that it was only you.”

Right around this point, someone would cut into their conversation in a falsetto (we all knew it was Stuart). The gay lover, on the other end of the line though, didn’t have a clue. Stuart would pretend to be on an extension in the other lover’s home. Stuart: “You fucking liar, tell him the truth, tell him it’s you and me, you and Fred, Fred with the twelve inch dick.” And away they would go. From our perches on our ladders and on the floor testing circuit packs, we all laughed until tears ran down our faces the conversations were so funny.

From this first incident the practice became established. Each shift, Stuart would try to best the previous funny calls broadcast over the paging system. By my fourth night on the frame job it was unbelievable. From a call to some sex hotline the desk man like a maestro would segue off the middle of that call to a frantic woman calling the sheriff’s office from a locked bedroom with her old man trying to kick the door in. Alas, my prescribed time in purgatory came to an end and I was released back out to the field. This time into a pre-wire crew. Hell on earth if you’re a phoneman. I sure missed Stuart. 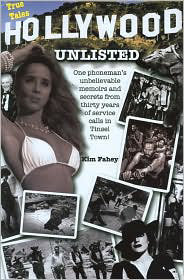