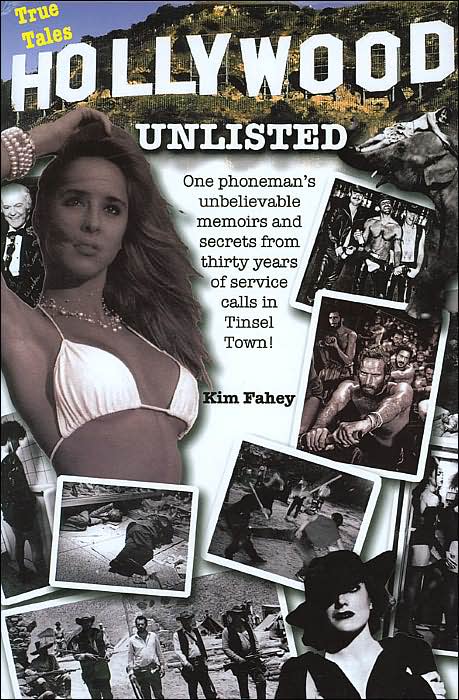 Want the truth about Hollywood?
Ride along with me and make up your own mind!

Everyone has a phone. Thirty years of phone work in Hollywood, Beverly Hills, and Los Angeles. Seven to twelve jobs a day — do the math.

The true history of the streets, you will see it all – murderers, psychos, perverts, dope dealers, sewer dwellers, dead bodies and soul dead heartless killers. Need I go on? Just keep reading…

Don’t even THINK you know what I’ve seen. NO WAY! You want a feel good, touchy-feely read just before beddy-bye? Toss this book back on the pile then. Pretend makes the world go a lot smoother.

Sure, there were perks – wild parties, front row at the fights, call girls, goofing with the rich and famous, being where the action is. You will see it all, Hollywood behind the facade – some funny, some tragic – all true. A lot inside the covers of this book will be hard to take!

For the Hollywood truth, you’ll need a guide. Say someone who knows how to steal entire marijuana patches, drug guard dogs, rat out drug dealers and weapon nuts to the cops, line tap, skip trace, call overseas for hours for free, then take you to lunch at City Walk.

“Just read the stories in Kim’s book… Most inspiring reading, folks ! I encourage you all checking it out, for an intelligent, warm, human, rich, 360° diverse, account of reality (not the kind of fake ‘reality shows’), by an exceptionally gifted author who deliberately chose freedom and sophisticated simplicity and so could and can afford saying all he has up his mind from (with ego) his highest abilities to his most humble failures (in the most self-derisional tones). An entertaining textbook on many subjects, from psychology to engineering, always seeking true friendship and compassion where it belongs. You’re going to better understand why, speaking about hypocritical times and obscure forces, an outspoken person like Kim gets in trouble, yet almost joyfully accepting his fate and starting all over again with a most incredible drive… America in a nutshell…”
~Samuel V.

“I totally adore Hollywood Unlisted. It’s one of the most interesting books I’ve run into in the past, say, ten years. Kim Fahey must be one of the most self-actualized human beings who ever strode the planet. A psychic once told him that his purpose in life is to see things no one usually sees, and say things no one usually says. And never be afraid of anything (which is good advice for anyone).

Fahey came from what would conventionally be thought of as a disadvantaged background, spending parts of his youth in a juvenile detention facility and a work camp. He learned some incredible non-violent survival skills, and later went on to become a philosopher, gigolo, artist, craftsperson, psychic’s assistant, and mainly, a phoneman.

As a technician he was constantly in the homes, studios, and workplaces of scores of show business luminaries. You know the movie What’s Love Got to Do With It? Part of it was filmed in Tina Turner’s actual house, and he installed some of the phones we see there. How many people do you know who can make that claim? No matter how big the celebrity, he always met them on a level playing field…”
Click here to read the rest of the extended Online Review by Pat Hartman